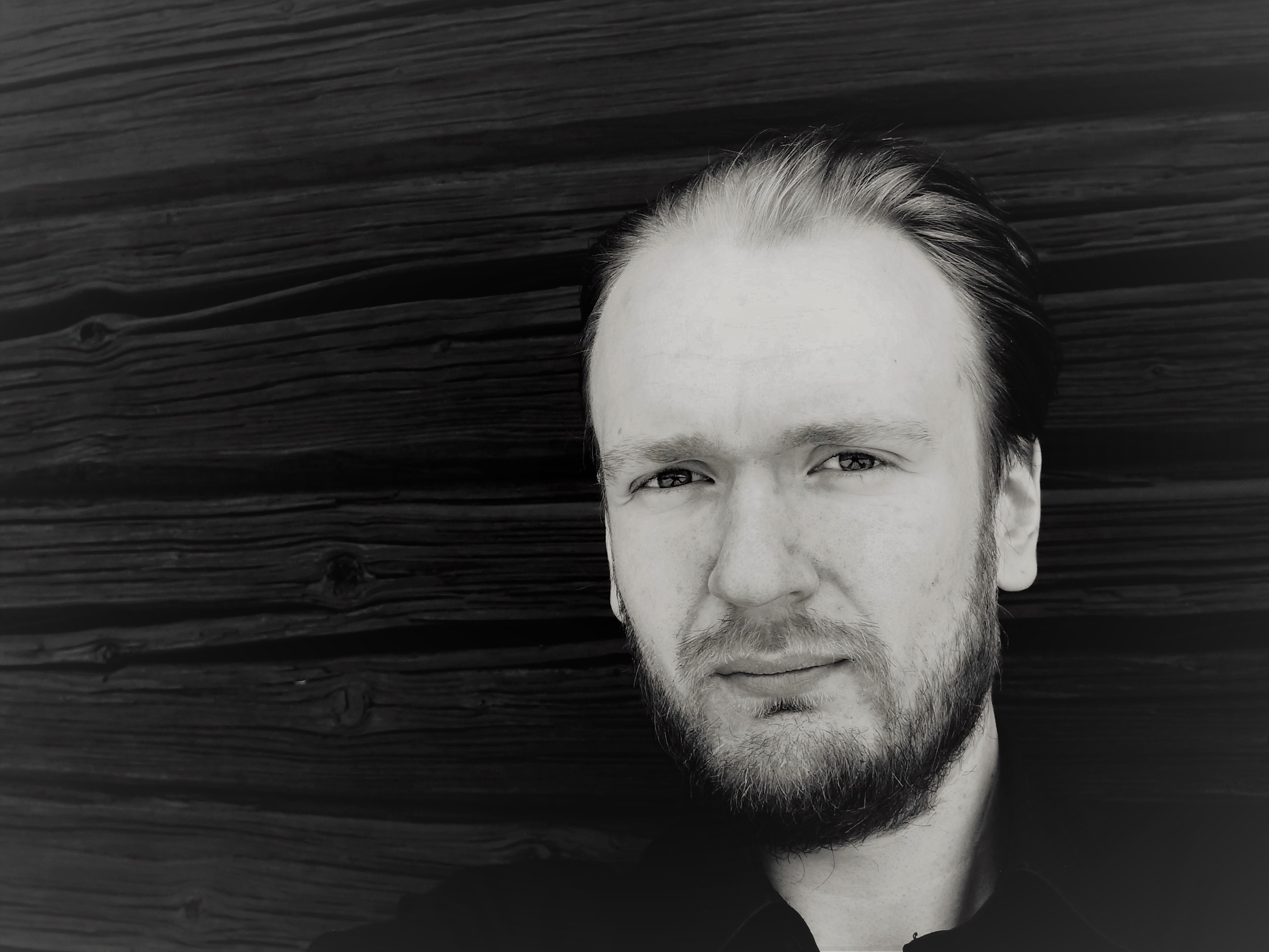 Zacharias Ehnvall (1991) studied piano from the age of 5 and some years later moved on to organ, which he studied with Andrew Canning at Uppsala Cathedral from the age of 13. During this period he developed his interest in organ improvisation and composition. After high school Ehnvall studied music theory, renaissance counterpoint and composition at Uppsala University with Per-Henning Olsson and Mattias Lundberg before entering the composition class at the Royal Collage of Music in Stockholm in 2014. Here he studied with Pär Lindgren, Marie Samuelsson and Christofer Elgh among others. In 2019 he took his masters degree in composition for professor Karin Renqvist. Zacharias Ehnvall has composed orchestral music, chamber music and choral music, as well as opera, for ensembles like The Swedish Radio Choir, Norrbotten NEO, The Swedish Wind Ensemble, Ensemble Temporum (Norway), Musica Vitae and Schola Cantorum Upsaliensis. So far, his music has been performed in Sweden, Norway, Finland, Russia and Germany. He has received composition grants from STIM, Musikens Hus Vänner in Uppsala as well as from The Royal Collage of Music in Stockholm. He is currently working full-time as a composer but is also continualy working on improving as a performer on the organ. He has a deep love for improvisation, combining his knowledge in composition with the act of performance in real time. As an interpretor he has a particular interest in the music of Jehan Alain and Jean-Louis Florentz.

As a composer he has developed his artistic aesthetics through combining his knowledge of sound, gained through years of experiencing the organ and a deep interest in early music, with the french spectral school of composition. He also has a great interest in the philosophy of Gilles Deleuze which has played an important role for the development of his thoughts on music and organ improvisation in later years.

The French spectral school of composition (developed by composers such as Grisey and Murail) has played a very important role in my development as a composer. Coming originaly from a tradition of older church music and nature poetry, this tradition unified many of my thoughts and areas of interests. Further development and inpiration was gained through the works of Deleuze as well as through the research on music and composition by Fredrik Hedelin through his PhD dissertation Living Music : The Ritornello and Creative Music.

What I am looking for today, as a composer, is not primarily means to express myself but tools through which investigations of perception and phenomena in our reality become possible. These tools are created, composed, with every work I write. The areas I investigate can be e.g. how we experience our presence in time and space, how we learn things (how our memory operates) or how we understand patterns. It can also be about examining natural phenomena such as crystallization (frost) or sedimentation through music or to study different sounds and seek to find what forces are hidden deep below the surface. Music that is composed with human perception in mind has the ability to change and distort our experiences of space, time and understanding of context and I find this very interesting and powerful! It is, of course, also a great emotional experience when this happens, at least to me. Often this music leads me to simplicity: how a figure, movement, tendency or direction develops slowly over time and becomes what we refer to as music. Suddenly everything seems possible: Wind can, over time, become music. Music can, over time, become a conversation. One kind of music can, over time, become a totaly different kind of music. Linked to this is also an aspect I find very important today namely that the listener, regardless of experience, can create some kind of understanding of where the music originates from and why it sounds the way it does and why it develops the way it does in a particular work. Some form of understanding is very important in a musical work in my opinion. For me it is not enough that it is beautiful or expressive if I, as a listener, am left alone in the understanding of the work's origin, momentum and force of vitality. It is my belief that this understanding of music can be applied to everything other than music as well. That music in the long run can make us understand (or perhapse rather create?) connections and meanings in our lives that otherwise would not have been understood or seen. Music is magic :)

Force majeure - Formation - Ouvertyr for large symphonic orchestra was composed during the automn of 2018 and had it's premiere November 23 2018 at The King's Hall, KMH, Stockholm with KMH Symphony orchestra and Felix Bagge, conductor. Duration is approximately 12 minutes and the piece starts with the conductor leaving the stage. The first movement, "Force majeure", is therefore an improvisation for large orchestra which is, in a way, out of anyones control. The second movement, "Formation", takes what is "thrown out" in space and organizes it gradually to something very simple: three ascending pitches which then becomes the theme for the rest of the piece. "Ouvertyr" is a coda which brings the newly born theme to "the next level", transforming it from melody to texture, creating an exit from the music.

Sven-Erik Bäck (1919-1994) was a Swedish violinist and composer. He was also during a period the director of studies at the Swedish Radio school of music, at Edsberg, and he played an important role for the art music in Sweden during the 20th century. Composed in 2019, 100-years after his birth, this piece is built around spectral variations on the two contrasting events in his name: "BÄ-CK". The piece explores the becoming of a musical form through the repetition and time-stretching of those two events and, further, the aftermath or sedimentation which is the result.

O, Viola Riviniana for double choir was composed in 2016 and is dedicated to my mother, Viveca. The firs performance toke place the 24th of April 2017 at Kungasalen KMH, Stockholm with KMH Kammarkör and KMH Vokalensemble conducted by Tove Åhrman. This music is greatly inspired by the chorlamusic of the old master Josquin Des Prez and combines a polyphonic approach with elements of nature poetry.