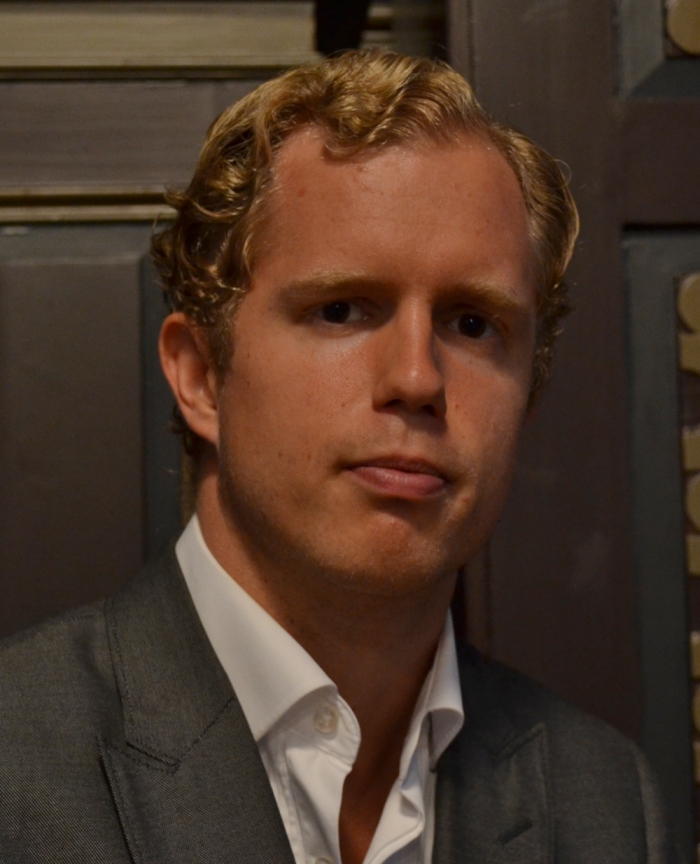 David Riebe is a composer from Lund, Sweden, who has studied with Luca Francesconi, Rolf Martinsson, Kent Olofsson and Staffan Storm at the Malmö Academy of Music and with Michele Tadini and Philippe Hurel at Conservatoire National Supérieur Musique et Danse in Lyon, France. He has Bachelor's and Master's Degrees in Composition from the Malmö Academy of Music and a Bachelor's Degree in Musicology from Lund University.

Riebe has composed much for orchestra, with several symphonic pieces on his list of works, but also many chamber music compositions, solo pieces and electronic music. During his study period Riebe composed music for the BBC Singers, Norrköping Symphony Orchestra, Helsingborg Symphony Orchestra, Jönköping Sinfonietta, Swedish Wind Ensemble, Norwegian Trio Poing, Dutch New European Ensemble and the London-based Kreutzer Quartet. In October 2015, Lunds Stadsorkester (Lund City Orchestra) premiered his "orchestral fanfare" Time Reflections, commissioned for the orchestra's 50th anniversary. He has also had a long collaboration with the Nordic Youth Orchestra in Lund, who premiered his music in 2008, 2009, 2010, and 2011. During spring 2010, the Lund University Academic Orchestra performed Riebe's Tuba Concerto in the US, as part of the orchestra's tour there, including a concert at Kennedy Center for the Performing Arts in Washington D.C.

He has also won the second prize at Uppsala Tonsättartävling (Uppsala Composition Competition), in 2014, with his sinfonietta piece Geopoliticus Child, inspired by a Salvador Dalí painting.

Riebe has been very active in the organisation and development of the Connect Festival, an annual festival for contemporary music in Malmö. His music has been performed at the festival every year since 2010. For the 2015 version he composed a piece for Danish quartet Ensemble Nordlys among others. Now he is also project coordinator for Lund Contemporary, a festival for new music in Lund, with Lund University as main organiser. This festival will take place 3-5 February 2017.

He is an FST member since November 2015.