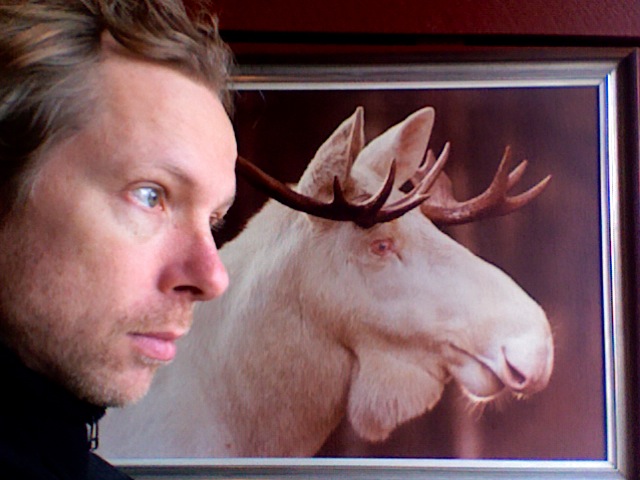 Johannes Bergmark is an experimental musical instruments and -sound sculpture maker, improvising musician, writer and electroacoustic- and text-sound-composer. He has developed his work over butoh, jester theatre, sound poetry and performance art into a surrealist musical object theatre with an evolutionary meta-instrument or amplified stage called the Platform.

JB has been a touring free lance musician since he graduated as a piano builder in 1996. He also lectures, makes workshops, usually focusing on untraditional acoustics, including traditional crafts and sound technology, hoping to unfold a world where knowledge, skill, inspiration and surprise can meet and develop together and to inspire people to create their own poor man's utopias out of available resources.

He resides in Stockholm, where he has been active in the association for radical and experimental art, Fylkingen (chairman twice), at the Electronic Music Studio, in the swedish skeptics' association Vetenskap och Folkbildning and is a founding member of The Surrealist Group in Stockholm since 1986.

(I think my works are best perceived in a live situation, which is best simulated by looking at some live performances viewed from the following web addresses:)

1. Solo concert with the Platforms (system for amplified objects):